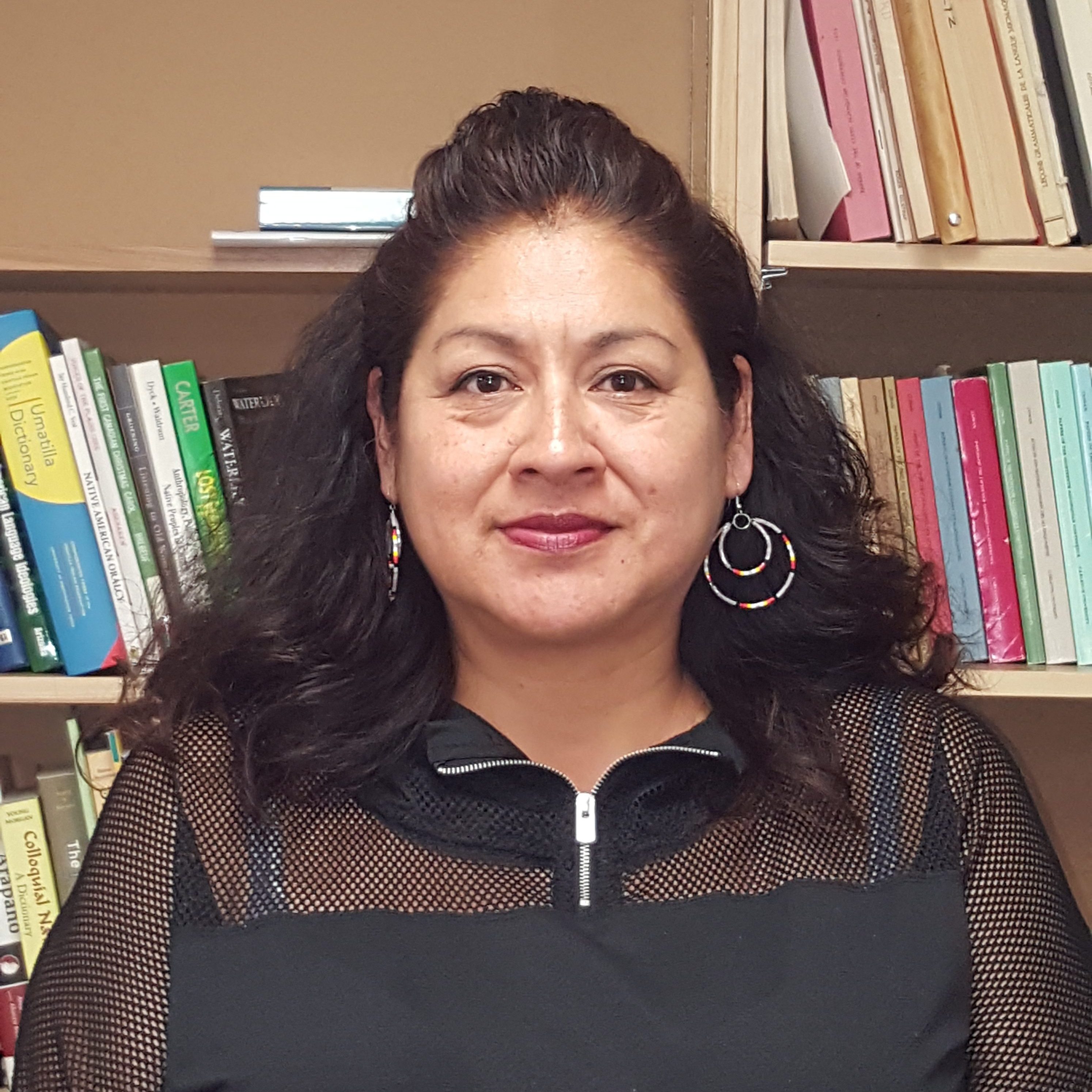 Oki, nitaanikkoo Sootaaki (Rain Woman). I am from the Kainai nation located in Southern Alberta. My parents are I’nákumii (Joseph Hoof) and Tsówaakii (B.Rachel Hoof). I am from the Many Children Clan. I received my name from my mother who named me “Rain Woman” because I loved to play in the rain and would not come in after all the other children went inside. She also named me after one of her great aunts that lived to be an old woman.

I am currently a fourth year Social Work student at the University of Calgary’s satellite campus located at the University of Lethbridge. I first heard about this project while I was taking the Native American Studies 1000 course at the U of L. Dr. Inge Genee came into recruit summer students and explained the project and I was immediately interested. I contacted her right after class as I did not want to miss the opportunity to become involved in the project. I became one of her summertime employees in the summer of 2017.

Working on the BFLR project through-out this summer has provided me with many learning opportunities. I have learned to use the recording software and web based dictionary software to enhance my technological skills. One of the greatest learning opportunities was working with fluent Blackfoot speakers. They have ignited my motivation to re-learn my Blackfoot language. In 2011, I heard Dr. Martin Broken Leg speak at a Circle of Courage conference in South Dakota. He told us Indigenous people not to believe in the myth that we have lost our language. He said that even if you heard your language spoken during the first three years of your life, you know your language! I began to have hope that one day I would begin to re-claim my language, my culture, and my identity as a Kainaakii.

My educational and life journey has brought me to this project where I believe I need to be. I not only have learned new skills, but have come to realize and appreciate the work that the researchers have taken on to preserve the Siksikaitsitapii Language. I believe that this project is helping many speakers and non-speakers understand our way of life in a way that earlier linguists did not know or appreciate. I want to offer my sincere and heartfelt gratitude to Dr. Inge Genee and the summer students that I worked with all summer they are: Myles Shirakawa, Mahaliah Peddle. I have come to admire your courage and sincere interest in working with the Indigenous people of Southern Alberta, my People, the Akainaiwa and to Blaise my Blackfoot co-worker for his work in updating outdated definitions.