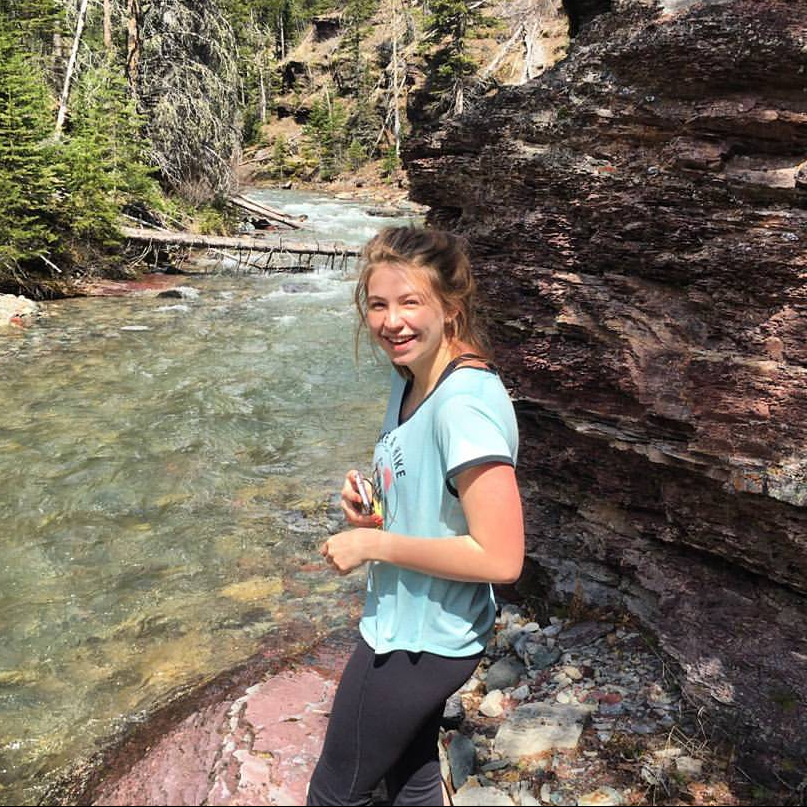 Hello! My name is Brittany Wichers. I am going into my fourth year at the University of Lethbridge studying psychology and linguistics. I am fascinated with all and any concepts in linguistics! Whether it is grammar, morphology, sociolinguistics, phonetics – I am all ears and excited to learn. I am the most interested in how languages use different grammatical properties to express meaning. I was drawn to the Blackfoot Digital Dictionary after I had heard about it in a linguistics class with Inge Genee, and thought that it was such an important and interesting project. I believe that preserving a language and making it accessible to speakers as well as those learning how to speak it is invaluable – a language resource such as this one with all of the hard work and effort put into it will be immensely beneficial for years to come. I was willing to do anything that would help with the project, so I contacted Inge and became a volunteer.

Blackfoot does not differentiate between genders (male/female). For instance, a translation such as “She went to the store” could also be translated as “He went to the store.” I went through the English translations and made them gender neutral (i.e. (s)he or him/her).

In the original database there were a number of stems or roots that ended in a period. This period stood for a so-called variable glide: if the next vowel is a high front vowel ‘i’, then the glide is the high front glide ‘y’; if the next vowel is a low vowel ‘a’ or back vowel ‘o’, then the glide is the high back glide ‘w’. Because the period was hard to interpret, I replaced it everywhere with ‘(w/y)’ to indicate that the next sound will be either ‘y’ or ‘w’. For instance, check out the entry ‘ika(w/y)’, which means ‘open’. There are two ways to make a verb meaning ‘to be open’: ika-w-aihtsi and ika-y-ihtsi.

I also inserted a few pictures to the dictionary, and took a few of them myself. This editing experience and attaching files has helped me learn more about databases and has increased my technological skills. The editing has also helped me learn about the structure of the Blackfoot language and the culture that the language is constantly enveloped by. I am excited to learn more about Blackfoot grammar specifically as well as the culture surrounding the language.