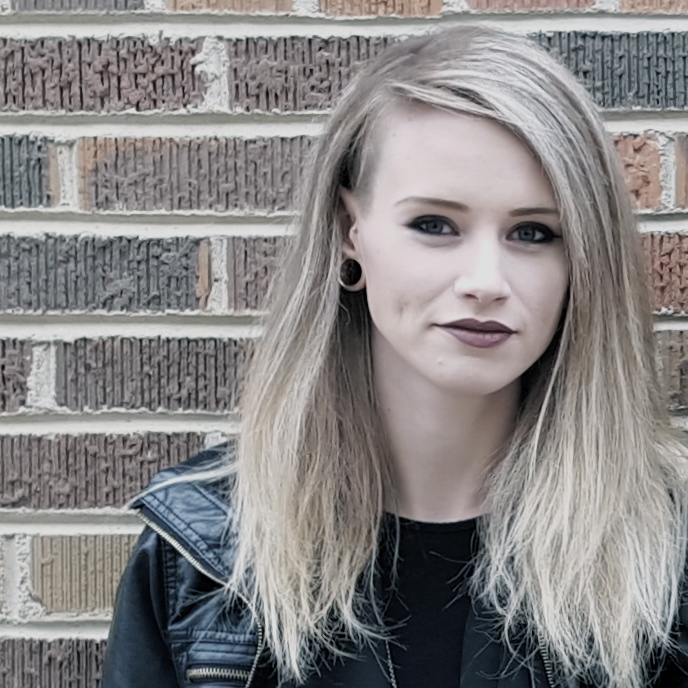 I am a University of Lethbridge graduate with a degree in General Humanities. Originally from the Crowsnest Pass, I grew up knowing very little about Canada’s First Nations. It was my passion for language that provoked my first foray into Blackfoot intellectual territory. And, really, after years of living on Blackfoot land… it was about time.

I had transferred to Lethbridge a disenchanted math major; while I enjoyed the systematic and consistent nature of numbers, I found the discipline uninspiring. It was only as a third-year undergraduate student that I hit my stride in a Phonetics & Phonology class. Linguistics gave me the puzzles and relationships that I’d so loved in mathematics… yet, unlike numbers, words bore hidden meanings, infinite uses, subjective interpretations, and vast human histories within their very phonemes. I realized that language is both art and science. It belongs to the user while it also belongs to no one. Like oxygen, we use it without thinking – constantly, unconsciously.
It is, in its own way, a life force.

If I didn’t fully grasp this before, I’ve learned it tenfold through my involvement with the Blackfoot Digital Dictionary Project.

For me, as for any monolingual individual speaking the language of the local majority her whole life, it had been easy enough to remain oblivious to the language and culture in my backyard (or, more realistically, upon which my backyard was built). Nonetheless, I realized that I ought to know more. I took a Blackfoot language class in early 2015 with no particular expectations… and this class ultimately shook my southern Albertan identity and rerouted my academic interests for the better. I hadn’t realized I’d be studying Blackfoot under the linguist whose life’s work comprised a spelling system, grammatical manual, and extensive dictionary of the language. This was an honour paralleled only by the subsequent opportunity to work with Blackfoot speakers themselves.

What a gift it is to listen to my colleagues speaking their language. Having an indigenous mother tongue necessitates an element of personal identity that I, as a speaker of a younger, more globalized language, cannot fully comprehend. At my most ambitious – scribbling down their wondrous phrases and muttering the syllables over and over to myself – I will never contain a language the way these speakers do; it is as though Blackfoot lives in their very bones. To witness this is to understand precisely why the preservation of indigenous language is vital and invaluable.

My contributions to this project have included copyediting, database restructuring, and constant troubleshooting. I’ve pored over the dictionary in its entirety – weeding out errors, reclassifying organizational and lexical elements, and correcting the types of inconsistencies that inevitably occur in a system constructed from a decades-old WordPerfect document. I’ve also worked closely with our brilliant web developer to establish an interface that is most thorough, logical, and accessible for every potential visitor.

But, most of all, I have spent these thirteen months mouth agape, staring in awe at the eloquent forms and structures of this vast and vibrant language. Its words are, in essence, relics of an extraordinary human story that too few can tell and too many never had the chance to hear. We, as a team, have the impeccable timing and good fortune to be working with some of the only remaining Blackfoot speakers at a crucial moment in Canadian history. And I, myself, am bettered by the experience I have gained, the friendships I have built, the linguistic knowledge imparted upon me by this project’s remarkable scholars, and the priceless cultural insights that have shown me the world in a new light.