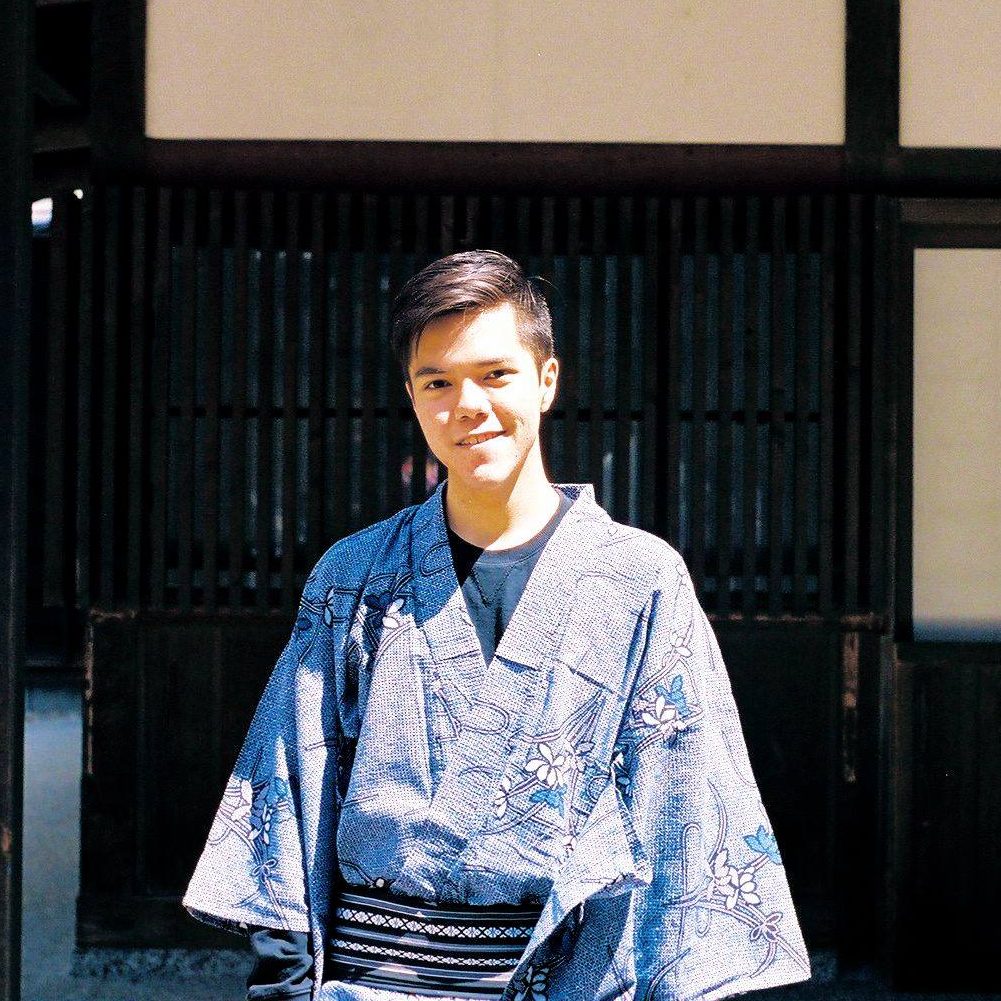 Óki, hello! My name is Myles Shirakawa and I was a Chinook Student Research Assistant on the Blackfoot Digital Dictionary project during the summer of 2016 and a return SSHRC Undergraduate Student Award Research Assistant in the summer of 2017. I am a Bachelor of Arts student in the Department of Modern Languages at the University of Lethbridge who has quite the keen interest in language, culture, and everything in between. I am also a fourth generation Japanese-Canadian who has grown up on the prairies of southern Alberta; however, while I may have grown up here, in an area that is a part of the traditional Blackfoot territory, I still had much to learn about the Blackfoot. With this in mind, over the past years, I have had the opportunities to do just such to learn and understand more about the Blackfoot, their culture, their traditions, and their language.

In the fall of 2015, I had attended a lecture series offered by the Department of Modern Languages at which I had became aware of the work that was going on at the university regarding the Blackfoot language. The goal: create an online language resource for the Blackfoot language! Eager to learn more about the project and to find out what exactly I could do to aid in the process, I had decided to remedy my lack of knowledge about Indigenous languages and in particular learn more about Blackfoot. In the spring of 2016, I had enrolled in two courses in the Native American Studies Department, one on Indigenous language endangerment and the other on the structure of Blackfoot, both of which have been quite informative. The first of these two courses had really opened my eyes to the status of many Indigenous languages around the world, especially within Canada, and the efforts that are being made to help revitalize these languages; whereas in the second, I had learned more specifically about the structure of the Blackfoot language. Now, with dictionary and grammar in hand, I am continuing to learn more about the Blackfoot language and I am learning everyday.

During the summer of 2016, I worked on various aspects of the dictionary ranging from research to editing tasks. Some of the work that I had done on the project had been: to collect information on other Algonquian language dictionaries to examine how each handled their approach to the organization of entries, as well as other features that could be of use for the Blackfoot dictionary; to develop a grammar sketch of Blackfoot that would be available to the users of the dictionary to consult if they came across a grammatical concept with which they are unfamiliar; to reclassify and overhaul the dictionary database based upon linguistic criteria; to edit audio files for future integration; and to work with speakers to collect further grammatical information.

Returning in the summer of 2017, my work focused more on the processing and analysis of data that the project had collected in 2016 and during the summer of 2017. In particular, I worked diligently on the linguistic analysis of the atlas phrases so that they could be linked and integrated into the dictionary’s database structure.

Reflecting on the events of these summers, having the opportunity to be apart of this project has been a genuinely enriching experience, both on a personal and academic level. I truly cannot wait to see where this project goes and the effects that it may have for current and future generations of Blackfoot speakers. I am forever grateful for the experience to have worked on this project and for the other project members and speakers who have so willingly and patiently shared their language, culture, and knowledge with an ikkaksaapiikoana like me. From Siksiká to Aamsskáápipikani, from Canada to countries abroad, from speakers to linguists alike, I say to you all a heartfelt…